Step 1: Choosing a Career in PR

Choose a Career You Absolutely Love

Choosing a career is a difficult task, especially when we are expected to do so at such a young age. And an added challenge is that we get it right the first time as people tend to frown on those who make bad career choices. This is why I was adamant on not making a specific choice until I felt truly ready. Those who know me know that I am driven and goal-oriented. Yet for the longest time I put off deciding on a career, because I wasn’t mature enough to make that commitment. When you wait until you know more about yourself the decision comes more naturally, because it is less forced by the pressure others push on you and ultimately, you feel better about the decision. My decision was a long time in the making.

Even after high school, deciding a direction seemed a challenge. I knew I wanted to go to university, but I also didn’t want to pigeon-hole myself into a stream that I would later regret. That was why I chose two majors (business management and linguistics) that were as interdisciplinary and broad as possible, though also useful.

The problem was, people wanted to know the specifics, and they expected me to give them answers. This problem is even more complex when you think about how narrow-minded people can be when considering potential career options. I got things like accountant or translator thrown at me by people assuming I wanted obvious career paths based on one of my majors. I would tell people I was a business student and they would ask me, “What do you want to do in business?” And my answer was always, “I’m not sure, but I know that regardless of what I do, I want to end up in management level.” Despite the truth behind this answer, it never seemed good enough for people. What really made this problem personal was when it didn’t seem good enough for me.

That was why at the end of my third year of university I decided to sit down and have a sincere talk with my inner self, and decide what I wanted to focus on for my future career. Six years prior to this fated conversation I was in high school, a time that seems so long ago. In grade 10 we take a careers class in the hopes that it will help us figure out what we want to make of ourselves. Many think this is a ridiculous and unsuccessful approach. Maybe that is the case for most, but somehow when I reflect back on it all these years later; it seems it was successful to some degree in influencing the direction of my career decision.

We took plenty of career aptitude tests and maybe it’s just me, but I took those things pretty seriously. And you know what… this may be why out of all my classmates, I got answers that I actually liked! I didn’t get any results telling me to be a garbage collector, or a librarian (not to disrespect those professions) or any other career that wouldn’t have suited my personality. I got answers that I was pleased with like writer, editor or publisher. These were things I could see myself doing. Another result I got was public relations manager. Glancing over that I was like, “What is that?” I didn’t have the faintest idea, but even then it sounded good. So I stored these ideas like seeds in my head, where with time and nourishment they would grow and one would take hold.

Now I return to third year university when I finally learned what PR actually was in a marketing course. And let me tell you, I liked the sounds of it right off the bat. It was a great option that suited my strengths and it looked fun too. The only thing that held me back right there and then, was that I also wanted to work in publishing. I saw myself as Sandra Bullock in The Proposal, editor-in-chief of some important publishing company. 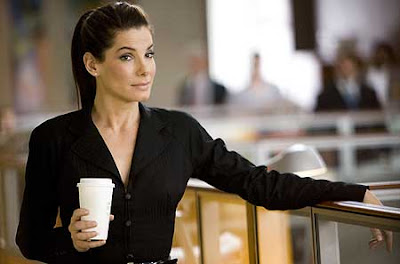 Why couldn’t I just have two careers and do several things? I see myself doing so many things, and I just couldn’t figure out why I had to choose one. That brings me back to that conversation with myself; I had to choose to move forward.

At this point it is obvious that I chose PR, but I took the decision between PR and publishing very seriously. I remember researching, making lists and doing pros and cons. The moment I finally pushed through the clutter of my mind I realized PR was what was best for me I was elated. I literally was jumping up and down with excitement! This moment of pure joy is what makes me confident that I had made the right decision.

The best part is I can still use my good old management goal, because now I have a focus to guide it. I want to ultimately work my way up to a management level in public relations. Finally when people ask what I want to do, I have a straight answer. Nothing could be simpler… Or so I thought. Which brings me to when I discover things do get more complicated, but that is for a later post.

P.S. It may have been a long and winding road, but I love PR!

Check out some career aptitude tests!

Aptitude Test from Oprah.com
What Career is Right For Me
Career Explorer

Hey want to read more on PR? Check out the Mohawk PR Blog. Here is my blog post on there about my experience in the CPRS Mentorship program. http://pratmohawk.blogspot.ca/2012/11/an-amazing-mentorship-experience.html

Check out my blog post on the IABC Toronto Blog Conversations called "Networking 101 for Students in Communications."
http://toronto.iabc.com/iabctoronto-blog/2013/03/04/networking-101-for-students-in-communications/